You are here: Home / Boxing / Boxing Tips For Beginners 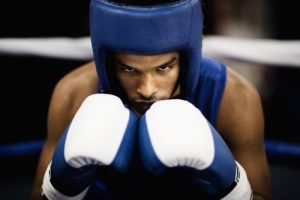 However, the number of boxing halls that suffer from the surrounding environment is not available, and they are eager to learn by themselves.

However, many people on the Internet often say that boxing can’t be self-study, so hesitant to hesitate and wander between wait-and-see and pro-practice, wasting time.

This article is a boxing summary that I wrote according to my own experience. The purpose is to introduce the macro framework of boxing, facilitate your friends to form a contour impression of boxing, minimize detours, and discover and appreciate the excitement and beauty of boxing.

The first thing to say is that boxing always relies on punching opponents to win the game.

There is no doubt that this will never win the game!

Therefore, regardless of the anti-reverse style or active offensive type, they eventually won the game by their punches.

The most basic ability of any boxer is the ability to attack and attack. This is beyond doubt.

As for the opportunity to punch, counterattack, it is all soft power, the ability to use the boxing method and other articles.

The punch is the first to say, but for beginners to be the last to pursue!!

Because the power technology and physical quality determine the weight of the boxing, it is precisely because of the long-term accumulation of the two, the more eager to seek strength. Still, the more rigid, the power can not be beaten.

Many beginners want to fight heavy punches, and they are very wrong, so first mention it to emphasize that beginners forget heavy blows!

Power technology is the difficulty of boxing self-study. It is difficult to see from the ordinary people on the surface that the boxer’s muscles are used in the power chain.

No matter what kind of boxing method, the most fundamental principle is to rely on the friction and reaction force of the foot to contact the earth.

Without the role of the earth, physical fitness has become a rootless wood. Then all kinds of boxing methods are how to maximize the use of the reaction force of the universe to complete the punching process. This is the force of the boxing technique!

This force technology is the most reasonable and practical punching action that the senior boxers and coaches have summed up from countless actual combat and human anatomy analyses.

Including the foot and foot start, the center of gravity transfer, power chain transmission, hit point peak control, and other details, not a look at the video, you can understand without brain thinking.

Need to open up the smashed, carefully study, and then slowly experience, gradually accelerate, to ensure that the overall punching movement does not lose coordination and power, which requires long-term repetitive training to form muscle memory.

There was a young man who asked me why the wrong action was repeated 10,000 times.

I was shocked at the time, and many beginners did not understand the meaning of repeated training.

Repeated training is not the same as repeating the error 10,000 times. It is a big mistake!

Repeated training is for beginners; every time you need to correct the action, you need a coach or watch the video yourself to find the defect.

Every time I improve the movement accuracy after the action meets the characteristics of the power technology, the perfect correct step is repeated 10,000 times, and it is possible to play a powerful punch in the actual combat.

Some people say that boxing can’t be self-study. It’s that it’s hard to correct mistakes by self-study.

Every time you punch, you need to force the same side of the leg to turn, the waist and abdomen force to send the shoulder punch, the other hand is relatively relaxed, and the energy is released after the hole is completed. The other side begins to loosen. Tightly punch out,

The frequency of the elastic tightening of the body determines the continuity of the boxing. If it can’t be quickly tightened, the punch will be stiff, decreasing continuity. At the same time, it will also reduce the weight of the muscles.

Sudden punching, the body muscles are required to explode because the muscular and explosive forces of the human power are independent.

Therefore, endurance and explosiveness are often challenging to achieve. The training intensity of the boxer is so tricky. It is necessary to have a great relationship with these two types of muscles. It is difficult to make a sudden attack, and it is difficult to sustain the game with insufficient stamina.

Therefore, in regular training, it is necessary to train explosiveness and endurance at the same time to improve overall physical fitness.

Combining punches requires a single boxing method that is fully proficient and accurate before it can be done.

The boxing method needs to exert force from the legs. Before punching out, you can also form the inertia of the body’s front punch by the sprint.

So beginners should put their concerns on the lower body, think about fists, and punch their fists and feet.

The opponent’s combination punch is sharp, you can get rid of it with a quick retreat, and the physical energy consumed is much less than the opponent’s punch.

Therefore, the boxers are the masters of skipping ropes, and they have determined the overall ability of the fighters. Whether it’s the continuous pursuit, escape from the battlefield, or a combination of punching power, step-by-step raids, and flexible shaking, all require stiff lower limbs.

So the most important training for beginners is running and skipping. These two pieces of exercise can be said to determine the average ability of a boxer’s primary power.

It’s more important than playing sandbags than focusing on the fist itself. Beginners must pay attention to skipping ability training!

Nowadays, in the Internet era, various kinds of boxing teaching videos are complicated, and the level is uneven. This is a good thing.

As long as we keep constant learning and always reflecting mistakes, continually thinking about why we should do this, figure out the principles behind the teaching video, different teaching videos compare the advantages and disadvantages of each other, it is easier for us to take their essence to its dross,

Boxing technical training has never been static. Different times, different countries, different coaching teams all have other training methods. As long as you keep on reflecting, you will continue to learn and improve your heart. There is no end to learning. Boxing can be self-study, but not. It will be simple!!

In terms of achievement, we don’t need to be more than a shoulder-sports champion. The ticket-sellers play a real fight. Self-entertainment is also a promotion of boxing. Basketball, football, table tennis, don’t.

In the era of national boxing, the overall boxing spirit can be buried, and our level of boxing will naturally rise.

Finally, I hope that all boxing fans wear gloves, step on the boxing ring, find the same people around us, let us practice!

You May Also Likes